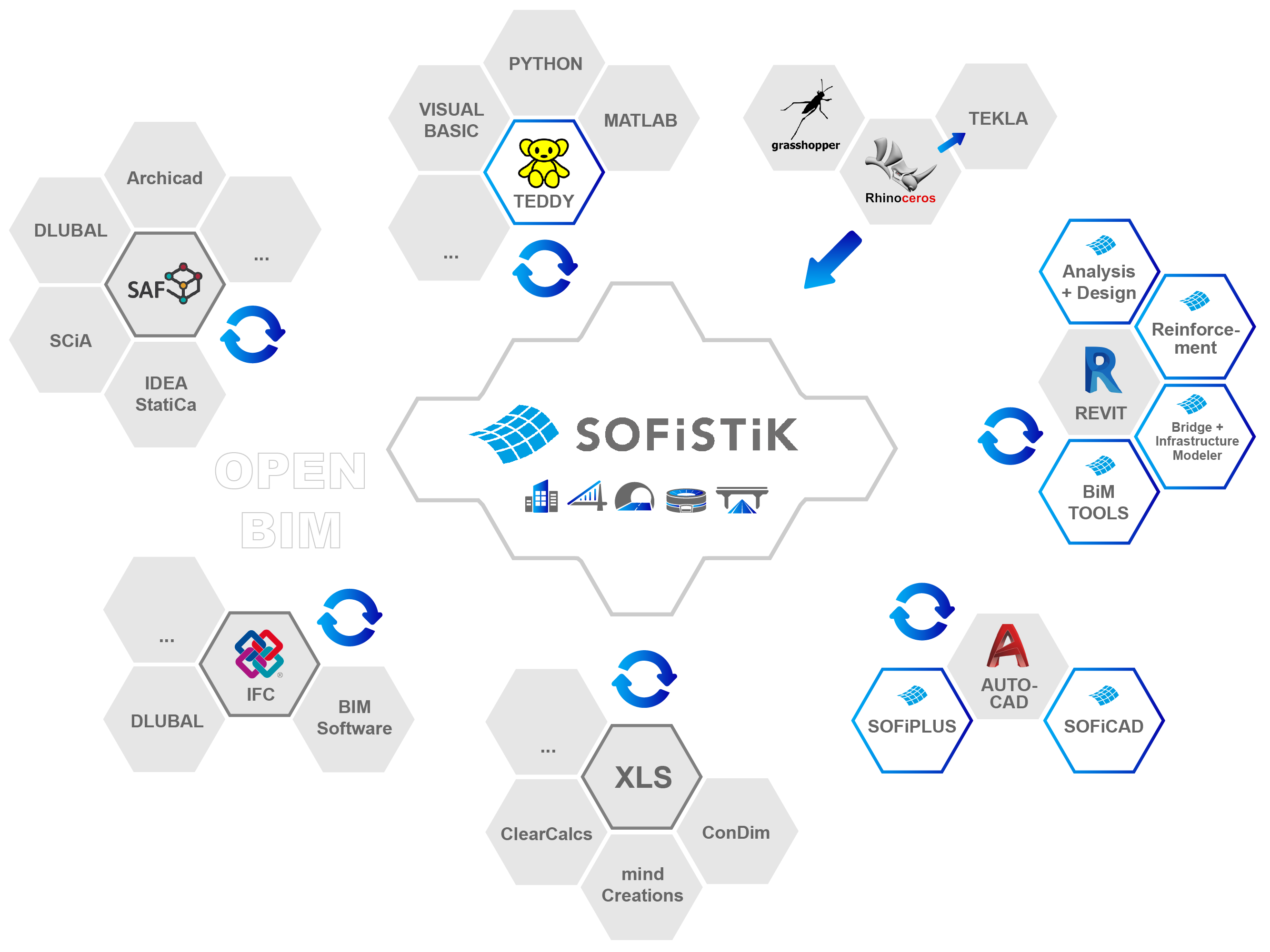 Do you have any questions or suggestions about the content of the videos?
What other videos about BIM with SOFiSTiK would you like to see?
Contact: info@bimmitsofistik.de

Building information modeling (BIM) is a process supported by various tools, technologies and contracts involving the generation and management of digital representations of physical and functional characteristics of places. Building information models (BIMs) are computer files (often but not always in proprietary formats and containing proprietary data) which can be extracted, exchanged or networked to support decision-making regarding a built asset. BIM software is used by individuals, businesses and government agencies who plan, design, construct, operate and maintain buildings and diverse physical infrastructures, such as water, refuse, electricity, gas, communication utilities, roads, railways, bridges, ports and tunnels.
The concept of BIM has been in development since the 1970s, but it only became an agreed term in the early 2000s. Development of standards and adoption of BIM has progressed at different speeds in different countries; standards developed in the United Kingdom from 2007 onwards have formed the basis of international standard ISO 19650, launched in January 2019[1].

SOFiSTiK is Europe’s leading manufacturer of construction software for analysis, design, and detailing. Over 2,000 customers worldwide use the company’s solutions to build large and complex infrastructure and buildings or implement special projects. These include the Bosporus Bridge in Istanbul and the new Leverkusen Bridge spanning the Rhine.
As one of the pioneers of using IT in the construction industry, SOFiSTiK has considerably advanced the available capabilities for planning and building — for instance by creating new methods in structural engineering and reinforcement detailing[2].

Revit is a building information modelling software tool for architects, landscape architects, structural engineers, mechanical, electrical, and plumbing (MEP) engineers, designers and contractors. The original software was developed by Charles River Software, founded in 1997, renamed Revit Technology Corporation in 2000, and acquired by Autodesk in 2002. The software allows users to design a building and structure and its components in 3D, annotate the model with 2D drafting elements, and access building information from the building model’s database. Revit is 4D building information modeling capable with tools to plan and track various stages in the building’s lifecycle, from concept to construction and later maintenance and/or demolition.[1].

Grasshopper is a visual programming language and environment that runs within the Rhinoceros 3D computer-aided design (CAD) application. The program was created by David Rutten at Robert McNeel & Associates. Programs are created by dragging components onto a canvas. The outputs to these components are then connected to the inputs of subsequent components[1].